Today we are here with the first guest of the GG Esports Media Interview Series. Today, our guest is 23 years-old Vanessa “Nessa” Ahlström, a retired Professional CS:GO player who has played in more than 10 CS:GO teams, and currently Professional player of the Swedish-based Esports organization GODSENT’s women VALORANT team GODSENT IRIS. We leave you alone with our interview with Nessa. Let’s start!

My name is Vanessa Ahlström and i go under the nickname Nessa. I play professionally for GODSENT. I’m Swedish and I’ve been playing games for around 5 years now. I love to stream in my free time and also do a lot of fitness as my hobby outside of gaming. In general, I’d say that I’m a determined and focused person always wanting to win!

There was not really a point in my life where i decided to become pro, it was more a result of playing for way too many hours and putting a lot of time to improve. I had a make-it-or-break-it point after hand surgery and decided that gaming was really something i wanted to pursue!

As a woman in Esports, you have a bit more pressure than others, you will always have to perform and play on your A-game to not get bashed. It was hard in the beginning to try and understand that the gaming community had so few girls in it, but it’s become much better as of lately and i think it will only get better for girls. I think you just have to build a good support system and realize if someone is rude towards you, that firstly you should try to not be rude back but also that for every rude person there are 10 people that think you are awesome!

I hope this is a trend that will die out. It’s very tiring to see, often not even the organization itself but the tournament organizers and ranking sites always putting FE after the team names. I think organizations putting different names instead of FE behind their teams is doing a cool and nice change!

I am yet to try out the gaming house or the office system since the pandemic has made even hosting bootcamps much harder. I hope to try both methods but from hearing other people’s experiences i think the office system, in the long run, is more sustainable for the players. To add to that, I do think that gaming houses can be efficient during shorter periods of time to increase skill and team bonding.

For me, the switch came naturally when i slowly but surely felt like the CS:GO female community wasn’t living up to my expectations and goals. I felt unhappy with the progress and understood that i needed to make a change. So far, I’m more than happy about changing, even though CS:GO will always be in my heart. I think many girls like myself see how competitive the VALORANT scene is and how hardworking the general VALORANT player is.

I don’t think CS:GO will ever die out, not in the near future at least. Both of the games are great and i do believe that they can coexist and bring in more people to esports. There is a lot of hype around VALORANT and as seen in games like League of Legends, Riot is very good at creating a competitive and entertaining atmosphere around its games. I will say though that VALORANT is much easier for “non-gamers” to understand and enjoy because of the aesthetic of the game, which is why i think a lot of people enjoy it lately.

I love both games. CS:GO was my first ever competitive game it will always be a very special and fun game to me. VALORANT has so far been a fresh breeze of high competitiveness and it has really brought out the best of me and i hope it will keep doing that. So right now, I have to say VALORANT is way more fun!

I hope to become a top 5 EU team this year and takeing maps and matches off the best teams in Europe. It’s been a hard transition period but I do think I’m finally starting to improve as much as I want to. In the Longterm I would like to of course become the best team in Europe, and also to win against good male teams.

I think it’s really fun to see fellow CS:GO players perform so well in VALORANT! They have been performing really well lately and it’s going to be interesting to see how they would perform against other regions’ teams! Hoping it will be many LANs in the future! Its inspiring!

I play VALORANT every day or work on improving my VALORANT gameplay every day in different ways! Usually, team practice is 5 times a week for multiple hours and on top of that, i play a lot of ranked and aim training, POV reviewing and watching pro games.

I think it’s fair to say s1mple is the best player right now in CS:GO. I think the best female player is Goosebreeder from CLG Red, but it’s been way too long since it’s been an international LAN, so I’m
not sure!

I hecking love tenZ! No, but on a serious note I’m not sure, it’s hard to compare VALORANT players because of the different agents having a very different jobs. I think roxi is the best female player!

I don’t have any idols in VALORANT unfortunately.

I have always been a very active person! Before i played games, i did horseback riding and other sports, so when i started playing professionally i kept being very active. The gym and playing tennis are my favorite kind of fitness right now and i think it has helped me to play better.

I think the Turkish team Eternal Fire was interesting to follow in CS:GO. I always liked to watch woxic AWP! The Turkish teams are always very though to play against in VALORANT, and they are really competitive. Lately, we played against SuperMassive Blaze and it was a really fun match! It’s also fun watching BBL Esports compete in VALORANT, they always put up a good game.

Keep fighting and learning! Don’t be discouraged by hardships and instead just keep playing and do your thing!

Thank you for supporting the Esports scene! It’s because of all supporters and passionate people supporting Esports the scene can grow!

Firstly, I’d like to say thank you so much for this interview! And extra thank you for highlighting women in Esports! Your work is priceless!

As GG Esports Media, we sincerely thanks Vanessa “Nessa” Ahlström for accepting our interview offer and helping us with her sincere attitude during the interview process and wish her success in her career.

Also, thank you to all our followers who supported us!

They Still Don't Understand But Soon They Will. 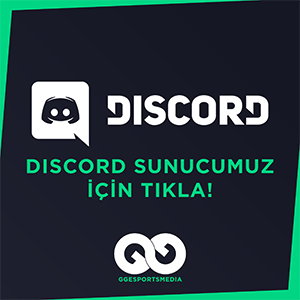